Recreating ERP in the Cloud – A Guest Commentary in Datamation

Posted by thinkstrategies in Uncategorized. Comments Off on Recreating ERP in the Cloud – A Guest Commentary in Datamation

Now that moving to the Cloud has become mainstream, it’s time for organizations to confront their biggest enterprise application challenge in the era of digital disruption – revamping their enterprise resource management (ERP) systems to keep up with the times.

A clear indication of the shifting tides in the ERP market is the growing number of organizations that are replacing their installed systems with a new Cloud-based solution.

Click here to read THINKstrategies’ views in Datamation about the forces that are reshaping the ERP software business and the competitive landscape of this market.

Is Salesforce Getting Serious About the Back Office? – Guest Commentary in E-Commerce Times

Posted by thinkstrategies in Uncategorized. Comments Off on Is Salesforce Getting Serious About the Back Office? – Guest Commentary in E-Commerce Times

Even as Salesforce.com aggressively seeks to consolidate its position as the leader of cloud-based front-office applications via a series of acquisitions, it is possible that 2017 could be the year the company uses some of the same purchases to make a strategic move. Salesforce soon may become a major player in the back-office financial management and enterprise resource planning market as well.

Speculation that Salesforce might expand its offerings to address the back-office needs of its corporate customers has been plentiful for a long time. Salesforce’s success in reinventing the nature of front-office applications via the cloud has convinced CFOs that the time has come to adopt Software-as-a-Service (SaaS) solutions to solve their back-office requirements.

What’s Driving CFOs to the Cloud? A Guest Commentary in Datamation

Posted by thinkstrategies in Uncategorized. Comments Off on What’s Driving CFOs to the Cloud? A Guest Commentary in Datamation 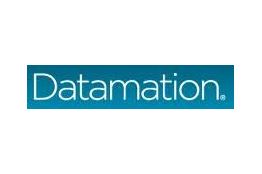 Although a growing number of organizations have been adopting a ‘cloud first’ approach to their business application and computing needs for a while, it has taken a long time for CFOs to feel comfortable migrating their own financial management systems to the cloud. However, a confluence of forces is finally driving them to make the move that could create additional momentum for cloud adoption across their operations.

It isn’t surprising that CFOs have been slow to adopt cloud-based applications to support their own departments. They’re paid to be conservative and risk-adverse.

Click here to read THINKstrategies’ latest commentary in Datamation regarding the organizational and market forces that are convincing CFOs that it is time to put their concerns aside and move to the cloud.

Posted by thinkstrategies in Uncategorized. Comments Off on CFOs Calculate Benefits of Cloud ERP – A Guest Commentary in E-Commerce Times

One of the clear indications that the cloud movement is becoming mainstream is the growing number of CFOs and finance departments that are adopting Software-as-a-Service (SaaS) solutions to support their corporate responsibilities.

Even more interesting is how cloud-based alternatives can redefine the accounting and financial management function in forward-minded organizations.

Click here to read THINKstrategies’ views in E-Commerce Times about the business impact of these trends.

Posted by thinkstrategies in Uncategorized. Comments Off on God Loves the Cloud and It’s Time to Get Religion – A Commentary in E-Commerce Times

I’m not a religious guy, but I’ve been preaching about the virtues of moving to the cloud for a long time. Well before the idea became popular, I saw the potential cost savings offered by the cloud, as well as the opportunities to leverage it to generate new innovations. Now, nearly every industry is recognizing these potential benefits, including church pastors and other religious leaders. Over the last few years, I’ve been pleased to see corporate executives and end-users increasingly seek cloud-based alternatives to traditional, on-premises software and systems to achieve their business objectives. However, I was surprised to see the level of adoption that has already occurred in the religious community, according to a recent Intacct survey. Click here to read my views in E-Commerce Times about the industry implications of the survey findings.

A SaaS/Cloud Computing Scorecard for 2009

Posted by thinkstrategies in Uncategorized. Comments Off on A SaaS/Cloud Computing Scorecard for 2009

Since 2009 is coming to a close, I thought it would be a good time to review how I did with my predictions for the year regarding the Software-as-a-Service (SaaS) and cloud computing market.

1. On-Demand Services Move From Why To How

According to a Sandhill.com/McKinsey survey of over 850 enterprise customers at the end of 2008, 74% were already favorably disposed to adopting SaaS platforms. As a result, Gartner estimates the SaaS market will have reached approximately $8 billion at the end of 2009, a 21.9% rise from $6.6 billion in 2008. Looks like folks have moved past “why” SaaS to “how” to get the most out of their SaaS deployments.

The idea of hybrid SaaS and cloud computing models has been abhorred by industry purists, but the reality is that nearly every business will rely on a combination of on-premise and on-demand resources. In 2009, the concept of “location independence” became bi-directional. … Read More »

Posted by thinkstrategies in Uncategorized. Comments Off on Salesforce.com Targets SaaS Financial Apps

Salesforce.com has teamed with Unit 4 Agresso to create a new company, called FinancialForce.com, that will build upon the Coda 2go on-demand financial application.

This move is another indication that CFO receptivity toward SaaS-based accounting, financial management and enterprise resource planning (ERP) applications is rising.

The new joint venture will build on Coda’s original Force.com-based SaaS solution, and the growing momentum in the SaaS accounting and financial management applications market produced by NetSuite , Intacct and others in this area. (Disclosure: I’ve done work with all of these companies.)

This announcement is newsworthy because it is Salesforce.com’s first direct foray into the financial application market and its first joint venture.

There are probably an assortment of marketing and legal reasons why the two companies have formed this joint venture. However, the reality is that  few joint ventures in the tech and software industry have been successful because the partners often … Read More »

Can Trade Associations Be Good Channels To Market?

Ever since my early days as an industry analyst at IDC in the 1980s, I’ve been convinced that one of the most potent, yet under-utilized resources in the IT market are the major trade associations.

When I first looked at these associations, I thought of them as targets for research purposes. Now, I view them as a terrific channel to market.

Intacct is putting my ideas to the test by entering into a new alliance with the American Institute of Certified Public Accountants (AICPA) and its CPA2Biz subsidiary to encourage the association’s 45,000 member CPA firms and their 350,000 small and mid-sized businesses (SMBs) to adopt Software-as-a-Service (SaaS) and “cloud computing” alternatives to traditional financial applications.

Under this agreement, Intacct and CPA2Biz will co-develop a new version of Intacct’s on-demand financial management and accounting applications to specifically address the needs of CPA firms and their clients. Intacct will … Read More »