How Microsoft’s LinkedIn Acquisition Changes the Competitive Landscape – A Guest Commentary in Sandhill.com

Posted by thinkstrategies in Uncategorized. Comments Off on How Microsoft’s LinkedIn Acquisition Changes the Competitive Landscape – A Guest Commentary in Sandhill.com

With the single acquisition of LinkedIn, Microsoft has quickly gained the ability to fundamentally disrupt multiple segments of the enterprise applications marketplace. Microsoft is also making a “big bet” that the acquisition will also quickly revitalize various aspects of its own product portfolio and open new market opportunities for the company.

LinkedIn has built the biggest network of business professionals in the world with approximately 433 million members. Although it has also built a series of services to enable users to capitalize on the network, LinkedIn has not built tight integrations with specific software vendors (ISVs) to leverage its functionality in a seamless fashion. The Microsoft acquisition aims at changing this situation and making the LinkedIn interface even more important in the daily lives of business users.

Click here to read THINKstrategies’ views in Sandhill.com about some of the market segments and … Read More »

Posted by thinkstrategies in Uncategorized. Comments Off on Are AWS’s Competitors Gaining Ground in Cloud Market?

The rapid rise of Microsoft Azure, aggressive moves by Google and an assortment of other developments in the cloud marketplace have raised questions about whether Amazon Web Services (AWS) can maintain its dominant advantage over its competitors.

Some industry observers are suggesting that AWS’s slowing growth rates are an indication that its days of cloud market domination may be coming to an end. They point to the recent success of AWS competitors. Microsoft Azure and the company’s other cloud services, including Office 365, for instance now represent a third of Microsoft’s total revenue.

ISVs Crossing the Cloud Chasm – A Guest Commentary in Sandhill.com

Posted by thinkstrategies in Uncategorized. Comments Off on ISVs Crossing the Cloud Chasm – A Guest Commentary in Sandhill.com

It wasn’t too long ago that many industry observers believed the major independent software vendors (ISVs) couldn’t convert their traditional perpetual license businesses into a Software-as-a-Service (SaaS) model without undergoing a near-death experience.

Now, Microsoft, Adobe, Intuit and others are proving the transformation process can make them even stronger.

Click here to read THINKstrategies’ views in Sandhill.com about how these and other ISVs are changing their go-to-market strategies and converting their traditional, on-premise perpetual license software applications into Software-as-a-Service (SaaS) solutions.

Posted by thinkstrategies in Uncategorized. Comments Off on Salesforce.com Launches IoT Cloud, Provides Path to Business Benefits – A Guest Commentary in Sandhill.com

Last week’s Dreamforce conference brought together two former software industry adversaries to offer a new set of cloud-based services that promise to enable businesses and other institutions to capitalize on the flood of new data expected to be produced by the Internet of Things (IoT).

Salesforce.com has been promoting the idea of the “Internet of the Customer” for a couple of years. It employed its unparalleled aspirational marketing skills to paint a picture of a better world for the people (customers) who sit behind the things, if the companies that serve them tap the data to build better products and deliver better services. Microsoft has also been promoting the virtues of a more mobile and connected world that requires greater collaboration and productivity software tools along with greater database systems and information services.

Join Us at the DataOnCloud CIO Event on Tuesday, June 4 in New York City

Posted by thinkstrategies in Uncategorized. Comments Off on Join Us at the DataOnCloud CIO Event on Tuesday, June 4 in New York City 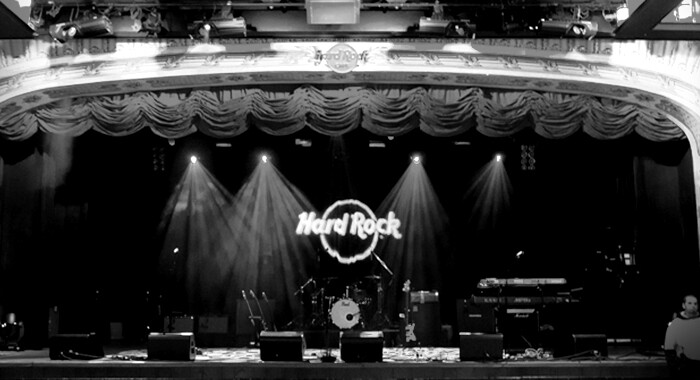 Join leading CIOs and other IT decision-makers and innovators at DataOnCloud, an exclusive invite-only event on Tuesday, June 4 in New York City hosted by Microsoft and Aditi Technologies.

DataOnCloud will give attendees meaningful insights and advice about how to leverage the ‘Cloud’ to generate real business benefits from today’s rapidly growing data sources.

I will be providing THINKstrategies’ perspectives in a keynote presentation and moderating a panel discussion during the event.

In addition to offering valuable presentations, DataOnCloud will also provide an opportunity for CIOs and other IT decision-makers to interact with industry experts and trade perspectives with their peers. Click here to see the full agenda and register for the event now to save your seat.

I look forward to seeing you on June 4 in New York City!

Posted by thinkstrategies in Uncategorized. Comments Off on Salesforce.com Profitability Sparks Renewed Debate About SaaS Sustainability

Despite the accelerating growth of Software-as-a-Service (SaaS) and growing interest in all things Cloud, skeptics are still seeing dark shadows which they think indicate fundamental flaws in the long-term prospects of on-demand services.

The most recent example was the controversy created by Salesforce.com’s most recent quarterly financial results. While the company’s revenues grew 34% and deferred revenues increased 43% on a year-over-year basis, the company still reported a second quarter (Q2) GAAP net loss per share of $0.07.

Although I tend to look at the world through ‘Cloud-colored’ glasses, I don’t think I’m being naive because I see these numbers as a outgrowth of a prudent strategic decision by Salesforce.com’s management to aggressively invest in winning a greater share of the high growth SaaS/Cloud market. In fact, Marc Benioff made the same point during a recent interview on Jim Cramer’s “Mad Money” show.

The recent outage of Microsoft’s Azure Cloud Platform-as-a-Service (PaaS) has reopened a persistent question about the reliability of Cloud services.

Microsoft’s most recent service disruption is just the latest evidence that Cloud alternatives are not immune to problems. Last year’s Amazon Web Services debacle was far worse and lasted much longer.

Yet, overall the uptime record of all the major Cloud service providers is far greater than most enterprise data centers. And, the leading Cloud vendors are generally better at keeping their customers informed about the status of their services than inhouse IT departments have been.

But, no service provider can achieve 100% uptime. Therefore, it is important for IT and corporate decision-makers to fully understand the potential pitfalls and put in place a series of back-up and recovery capabilities to minimize the short-term and long-term impact on their business.

The vulnerabilities associated with … Read More »

Microsoft Moves to the Clouds

Posted by thinkstrategies in Uncategorized. Comments Off on Microsoft Moves to the Clouds

Although Microsoft has been saying that it is “All In” and funding a TV ad campaign which has made the catchphrase “To the Cloud” popular, Microsoft 365 represents the company’s boldest offering to date. The company has been watching its Office suite suffer attacks from Google Apps for years. In fact, Google Apps are quickly becoming the basic productivity suite of choice for most new college graduates entering the workforce.

Many of these new entrants to the workforce are forgoing email altogether by relying more on Facebook, Twitter and text to communicate. In response to these trends, Salesforce.com is pushing its Facebook-like Chatter communications platform as a dramatic switch from traditional email.

Posted by thinkstrategies in Uncategorized. Comments Off on Intuit Takes Different Data Integration Tact in the Cloud

One of the most vexing challenges facing today’s IT and business decision-makers is how to integrate critical corporate data across a widening array of on-premise and on-demand systems and applications.

Many believe that the age-old data integration issues of the past have only been compounded by today’s rapidly expanding assortment of Cloud-based solutions which raise the expectation of easy end-user access from anywhere at any time.

While there are a growing number of application program interfaces (APIs), Web-based connectors and Cloud-oriented systems integrators that are reducing the difficulty of overcoming this integration issue, it still represents an important impediment that many organizations are reluctant to face.

Intuit announced a new program yesterday aimed at addressing the data integration issue. The Intuit Anywhere program promises to give software developers a new method of extracting QuickBooks data directly into their third-party applications, including web and mobile.

Cisco's Flip Cam Failure and the Consumerization of IT

Posted by thinkstrategies in Uncategorized. Comments Off on Cisco's Flip Cam Failure and the Consumerization of IT

Cisco Systems’ decision this past week to shut down its Flip video camera business generated plenty of attention because of its implications on multiple levels for the networking company and the IT industry. Here are a few of my perspectives on the meaning of this event and the lessons to be learned.

Cisco deserves credit for the boldness of its acquisition of Pure Digital, the maker of the Flip camera, in 2009 and its equally brave decision to walk away from the over $590 million investment (acquisition, development and marketing costs) in a two year span. It had hoped to use the Flip camera and other home entertainment products as catalysts for additional consumer demand for its network connectivity capabilities and its service providers’ transmission services. Although Cisco didn’t sell as many Flip cameras as it hoped, it certainly can be credited to contributing the rise in video transmission … Read More »