The Challenges of Becoming a Software Company – A Guest Commentary In Sandhill.com

Posted by thinkstrategies in Uncategorized. Comments Off on The Challenges of Becoming a Software Company – A Guest Commentary In Sandhill.com

Since Jeff Immelt, the CEO of GE, first proclaimed that every industrial company will become a software company, a widening array of enterprises have begun to move down this path. However, becoming a software company takes a lot more work than just hiring a bunch of good software developers or hosting the software in the cloud. It requires a new way of thinking about what it takes to be a successful software company.

Major enterprises have been employing software developers to build internal custom applications for a long time. Many have been proud enough of their internal software development skills to share some of their results with the outside world. For instance, Capital One recently open sourced its internally developed Cloud Custodian AWS resource management tool.

In the old days, independent software vendors (ISVs) built their businesses during a period when the … Read More »

IoT: Time to Get on Board – A Guest Commentary in Datamation

Posted by thinkstrategies in Uncategorized. Comments Off on IoT: Time to Get on Board – A Guest Commentary in Datamation

The ‘Internet of Things’ (IoT) may be the most confusing idea conjured up by the tech industry since the advent of the ‘cloud.’ But a recent survey clearly shows that the first round of IoT deployments are already generating meaningful business results, which will encourage others to get onboard the IoT train.

I’ve been warning IT executives and other professionals to get ready for their responsibilities to dramatically change for a couple of years. Rather than ‘just’ being responsible for managing hardware systems and business applications, IoT puts IT in the middle of the product/service development process. It also makes IT responsible for ensuring the timely delivery and maintenance of products and services. And, as a result, IT is now directly impacted by the success or failure of new products and services in the marketplace.

The good news is that a majority … Read More »

Posted by thinkstrategies in Uncategorized. Comments Off on GE Blazes Trail to Industrial Internet – A Guest Commentary in E-Commerce Times

The Internet of Things (IoT) market has been struggling to get untangled, despite the hype regarding unprecedented business opportunities. GE’s latest initiative to capitalize on those IoT opportunities might be the catalyst many corporate executives have been waiting for to advance their own goals. GE has been in the vanguard of efforts to fortify the Web — to build a new, more scalable and secure Industrial Internet.

Posted by thinkstrategies in Uncategorized. Comments Off on Look Who’s Talking About the Internet of Things at the Connected Cloud Summit 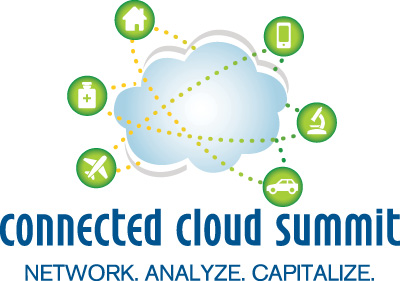 Executives from GE, Google, Salesforce.com, SmartThings, Birst, Prelert and Code On Technologies are among the latest speakers to agree to share their perspectives regarding the rapidly evolving Internet of Things (IoT) marketplace at the Connected Cloud Summit hosted by THINKstrategies and Cloud Computing Showplace on Thursday, September 18 in Boston, MA.

The Connected Cloud Summit will examine how the Cloud is enabling enterprises to create new IoT business opportunities and overcome IoT technology challenges across nearly every industry. The intimate, executive forum will showcase new solutions and ideas being generated by leading IoT solution providers and enterprises.

Posted by thinkstrategies in Uncategorized. Comments Off on Siemens Selects SaaS-Based Solution from SuccessFactors

SuccessFactors announced yesterday that Siemens AG has agreed to adopt its Software-as-a-Service (SaaS) based, on-demand performance and talent management solutions across its worldwide operations of approximately 420,000 users across 80 countries in 20 different languages.

This is the latest indication of the rapid adoption of SaaS-based solutions by companies of all sizes across nearly every industry and geography.

Specifically, this announcement is significant because,

It clearly illustrates that SaaS is well-suited for global enterprises, and further dispels the myth that it is just for small- and mid-size businesses (SMBs) that can’t afford the luxury of traditional, on-premise enterprise applications.
It also shows that European companies are becoming more comfortable adopting SaaS solutions despite past concerns about off-site and/or out-of-country hosting of corporate data.
It demonstrates the declining power of incumbent vendors within customer accounts, as SuccessFactors outmaneuvered SAP which already had its software installed at Siemens and shares … Read More »