Posted by thinkstrategies in Uncategorized. Comments Off on See THINKstrategies’ Analysis of Salesforce.com’s New IoT and Health Clouds on SearchCRM 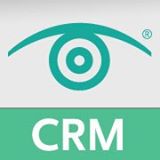 Salesforce.com unveiled its Internet of Things (IoT) capabilities, the IoT Cloud, and new Health Cloud at Dreamforce 2015. See what I had to say about these new offerings at the event in this video interview with TechTarget’s SearchCRM.

Dreamforce 2014: Celebrating the Power of Cloud Partnerships – A Guest Commentary in Sandhill.com

Posted by thinkstrategies in Uncategorized. Comments Off on Dreamforce 2014: Celebrating the Power of Cloud Partnerships – A Guest Commentary in Sandhill.com

This year’s Dreamforce conference was bigger than ever as Salesforce.com painted an even broader vision of a connected world enabled by cloud-based platforms and powerful analytics-driven solutions. The company also took the time to showcase how its rapidly growing ecosystem of third-party relationships is helping to accelerate the migration to cloud alternatives. Click here to read THINKstrategies’ views about the industry implications of Salesforce.com’s partner ecosystem in Sandhill.com.

Daydreaming About the Cloud and Salesforce.com

Posted by thinkstrategies in Uncategorized. Comments Off on Daydreaming About the Cloud and Salesforce.com

As I recover from yesterday’s Thanksgiving festivities, I’ve been struck by two thoughts regarding last week’s Dreamforce conference,

Salesforce.com’s new Chatter social computing functionality may be a defensive as well as proactive move.
An acquisition of Salesforce.com by Oracle may be a friendly maneuver rather than a hostile takeover.

As I reported in my previous blogpost, Salesforce.com’s introduction of Chatter last week at Dreamforce was met with mixed reviews. Many customers, partners, analysts, press and even internal staff and salespeople were uncertain about the company’s goals and capabilities in this new area.

Marc Benioff justified salesforce.com’s move by claiming in his keynote address at Dreamforce that neither Facebook nor Twitter were willing to fortify their services to meet the needs of enterprise users.

The Double-Edge Sword of Iterative Marketing

Posted by thinkstrategies in Uncategorized. Comments Off on The Double-Edge Sword of Iterative Marketing

I’ve always been an admirer of the marketing prowess of salesforce.com…although it always drives me crazy to comply with the lower-case spelling of their name because it seems to genericize their value in my eyes.

One of the specific aspects of the company’s marketing tactics which I’ve particularly liked is the way in which it continuously extends its brand identity by incrementally broadening and redefining its functional capabilities. This is a technique which I call “iterative marketing”.

The simplest example of this marketing technique is salesforce.com’s seasonal releases which routinely … Read More »

A Second Day of Dreaming About the Clouds

Posted by thinkstrategies in Uncategorized. Comments Off on A Second Day of Dreaming About the Clouds

Day 2 of Dreamforce came with a little less enthusiasm than yesterday’s kickoff as many of the attendees recovered from the previous night’s parties. Today’s focus was on the Force.com Platform-as-a-Service (PaaS) which salesforce.com calls “Custom Cloud 2”.

Unlike yesterday’s meandering keynote regarding the Sales Cloud 2, Services Cloud 2 and new Chatter social computing capabilities, Marc Benioff immediately went to work at convincing the Dreamforce audience of the power and growing adoption of salesforce.com’s PaaS capabilities by quickly introducing the CEO of BMC, Bob Beauchamp, who unveiled its new Software-as-a-Service (SaaS) IT service desk application developed on the Force.com in a couple of months.

BMC’s use of Force.com to ‘SaaSify’ its application is another important endorsement of salesforce.com’s PaaS by an established independent software vendor (ISV). It is particularly compelling for other ISVs who have grappled with the technological and operational challenges of migrating their applications to a … Read More »

Dreaming About the Clouds

Posted by thinkstrategies in Uncategorized. Comments Off on Dreaming About the Clouds

The Software-as-a-Service (SaaS) and Cloud Computing movements have converged on the Moscone Center in San Francisco this week for the latest salesforce.com lovefest—Dreamforce.

[Disclosure: Salesforce.com paid my travel expenses to attend this event.]

Despite the downturn in the economy, or maybe because of it, this year’s Dreamforce has attracted over 19,000 registrants, up from around 10k a year ago. The opening keynote session was bursting at the seams with people and energy.

The event comes a day after the company announced its latest quarterly results, during which the company added 4700 net new customers, bringing its total user count up to approximately 67,900, up 31% from a year ago.

This growth is especially impressive given that one of the company’s primary growth engines in years past was the financial services sector which imploded over the past year. Despite these potential setbacks, salesforce.com is on a run-rate to exceed $1.2 … Read More »