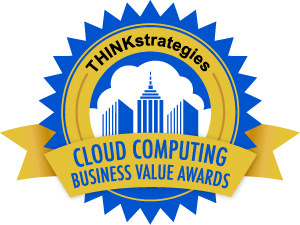 An example of the Redis Labs customer that has gained measurable business benefits from the Redis Cloud is Bleacher Report which uses Redis Cloud as the high performance caching system for its business. Through the Redis Labs platform, they are able to engineer the data layer to scale up automatically, seamlessly and without any downtime. The Redis database automatically starts to cluster across multiple shards as it grows in capacity. With the standard open source Redis server, Bleacher Report saw intermittent spikes in the response times up to 700 milliseconds (ms) and averaged 435ms. Redis Cloud has brought average response times of their API layer down by 87% to a consistent and smooth average of 55ms.

Based on these measurable benefits, Redis Labs has been named a Cloud Computing Business Value (CCBV) Award winner.

“Redis Labs is pleased to be recognized by THINKstrategies and the Cloud Computing Showplace for helping our customers achieve tremendous business value,” said Leena Joshi, VP Product Marketing at Redis Labs. “Redis Cloud is the gold standard of what a cloud service should be. With its world-class built-in high availability and seamless scalability, it relieves Redis users of all operational effort involved with deploying, configuring or managing Redis.”

“An increasing number of organizations are attempting to capitalize on Open Source solutions to achieve their corporate objectives,” stated Jeffrey M. Kaplan, Managing Director of THINKstrategies, the strategic consulting firm which conceived and administers the Cloud Computing Showplace. “Redis Cloud is enabling organizations to leverage Redis Labs’ tremendous expertise to optimize the performance of their open source database.”

For more information regarding the CCBV Awards, go to http://www.cloudshowplace.com/ccbv-award/.

The CCBV Awards are based on the success of the Best of the SaaS Showplace (BoSS) Awards program, which recognizes companies delivering Software-as-a-Service (SaaS) that produce measurable business benefits for their customers. THINKstrategies and the Cloud Showplace have also launched the Connected Cloud Internet of Things (CCIoT) Awards to recognize companies that are leveraging the cloud to deliver IoT solutions that provide measurable benefits to their customers. For more information about these award programs, visit http://www.cloudshowplace.com/award-programs/.