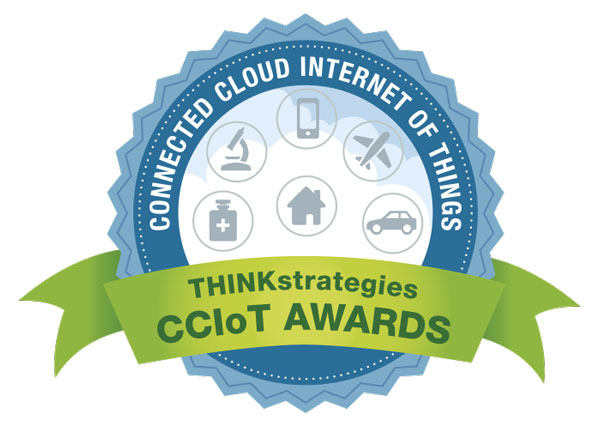 The new award program builds on the success of THINKstrategies’ Best of SaaS Showplace (BoSS) Awards, which have recognized Software-as-a-Service (SaaS) providers since 2009, and the Cloud Computing Business Value (CCBV) Awards, unveiled in 2010 to spotlight Platform-as-a-Service (PaaS) and Infrastructure-as-a-Service (IaaS) providers. Over 100 companies have received BoSS and CCBV Awards in the past four years.

“The IoT marketplace is experiencing rapid growth because it is being enabled by a wide array of powerful Cloud services that provide more cost-effective connectivity, data storage, analytics and information sharing capabilities,” stated Jeffrey M. Kaplan, Managing Director of THINKstrategies, founder of the Cloud Computing Showplace and host of the Cloud Innovators Summits. “The CCIoT Awards program is another opportunity to fulfill THINKstrategies’ mission of promoting the business benefits of today’s Cloud-based alternatives and help businesses of all sizes achieve their corporate objectives.”

In order to qualify for a CCIoT Award, companies must fulfill the following criteria:

CCIoT award nominations will be accepted on an ongoing basis using a standardized application. The nomination fee for the CCIoT Award is $500 and will be nonrefundable.

For more information or to nominate a company for a CCIoT Award, go to http://www.cloudshowplace.com/connected-cloud-internet-of-things-award/, or contact info@thinkstrategies.com.